NOTE: 256 charactor typing limit in a Shout. Press Enter or click the Send button to post your shout.

flypapajohn: SMSGT James Gier, USAF Retired, passed away last evening! "The Old Sarge" was one of many great crew chiefs that I had the honor of knowing! Allan John Kelly, Lt Col USAF Retired Oct 7, 2021 2:40:54 GMT 9 *

Diamondback: Wave returned, Mike, though different vintage--my grandfather was a Green Dragon around '65-'70ish including Osan; one of the last out of NATO Chateauroux and a lot of that planeload ended up posted at McChord. May 6, 2021 3:40:17 GMT 9 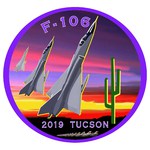 Donate to our Forums. [This button is not associated with ProBoards]